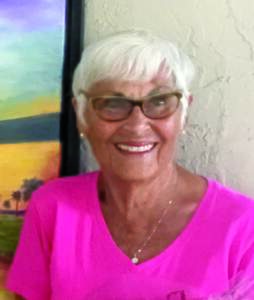 Marilyn Bodwell of Mirror Lake, NH, has painted in oils for sixty years, having studied in Birmingham, Michigan, under Canadian artist, Mary Fee. In 1980 she and her husband, Charlie, left Detroit, Michigan by boat, sailing their 40’ cutter to Cape Cod, where they lived for the next nine years. Marilyn became active as a juried member in the Cape Cod Art Association in Barnstable, Mass. Their next move was to Skidaway Island, GA, there she became a member of The Landings Art Assoc., where she had a one woman art show her first year there. Two years later, missing New England, a move to NH, found them building a home on Mirror Lake.  Marilyn joined the Governor Wentworth Arts Council and started having one woman shows at the Libby Museum, Tuftonboro Library, Huggins Hospital, and The Meredith Village Bank in Wolfeboro. Her subjects are as varied as her interests,  painting landscapes, florals, seascapes, birds, animals, and numerous commissions of private homes and cottages. As a former TWA Flight attendant, a private pilot and a sailor, her travels have been an inspiration for many paintings, and her work can be seen by appointment at her home studio.

Robin Cornwell is a printmaker and fabric artist specializing in hand-quilted wall hangings, known as Art Quilts. Her imagery is drawn from the wonderful patterns, symmetry and color she experiences in her gardens and in the woods around her home here in beautiful New Hampshire. She has been creating and selling her work since her jewelry-making days in high school!

Robin is recently retired from teaching art at the local middle school. In her 38 years of teaching, she would make sample projects and often work alongside her students in the classroom. Many of the projects she taught became personal works that she continued at home. A thread through all of her creations is that love of color and design.

Robin continues to draw inspiration from nature, from her home in Wolfeboro. She exhibits often in the lakes region area and sells her wares from her studio at home and local craft fairs. Robin’s Art Quilts can be viewed at the Freedom Public library, April – June, 2022; and on her website: robincornwellembellishments.com.  For more information, contact Robin at robinsnest@metrocast.net. 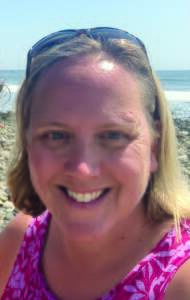 Early on, Jessica realized she had a gift for capturing the natural beauty that surrounds us. Her love of photography began in 1998, when international travels afforded her fantastic views across New Zealand, Australia, and parts of Europe.

She searches for those eye-catching vistas. Among her favorite subjects to photograph are flowers, landscapes, sunsets, and birds. Although she need not look much further than her own backyard, Jessica enjoys snapping shots of various coastal scenes and lighthouses during summer trips to Nova Scotia, Canada. She turns many of her photographs into note cards and magnets to share at local craft fairs throughout the holiday season.

Jessica lives in the Lakes Region with her husband and two sons, and is a local Kindergarten teacher.

Scott  was raised in Litchfield New Hampshire by parents that were creative in every part in their lives. Both his mother and father loved working with their hands. Their love of New Hampshire moved them into their own style of 3 dimensional art. Scott left home and spent many years living in North Carolina. When he finally came back to visit his family, Scott was totally in love with what his parents were creating. Each parent had their own style and subject matter but both were focused on bringing the viewer into the painting. Instead of just looking at a painting the viewer would feel that they were actually in the world that the artist created.

Grateful that both his parents took the time to teach him some of their techniques, Scott continues forward with their special style of artwork.  Drawing on their expertise, his own three dimensional at pieces are the result of three loves coming together; the lake, painting, and building detailed foregrounds from wood and other materials, both natural and manmade. These pieces often reach out to viewers who feel drawn in for closer inspection, marveling at the realism and detail, whether it is a sandy shoreline or a dock stretching out into the lake.

Due to the meticulous detail involved, Scott produces on a few new works a year. The artist welcome inquiries and commissions. scotthayesart.com